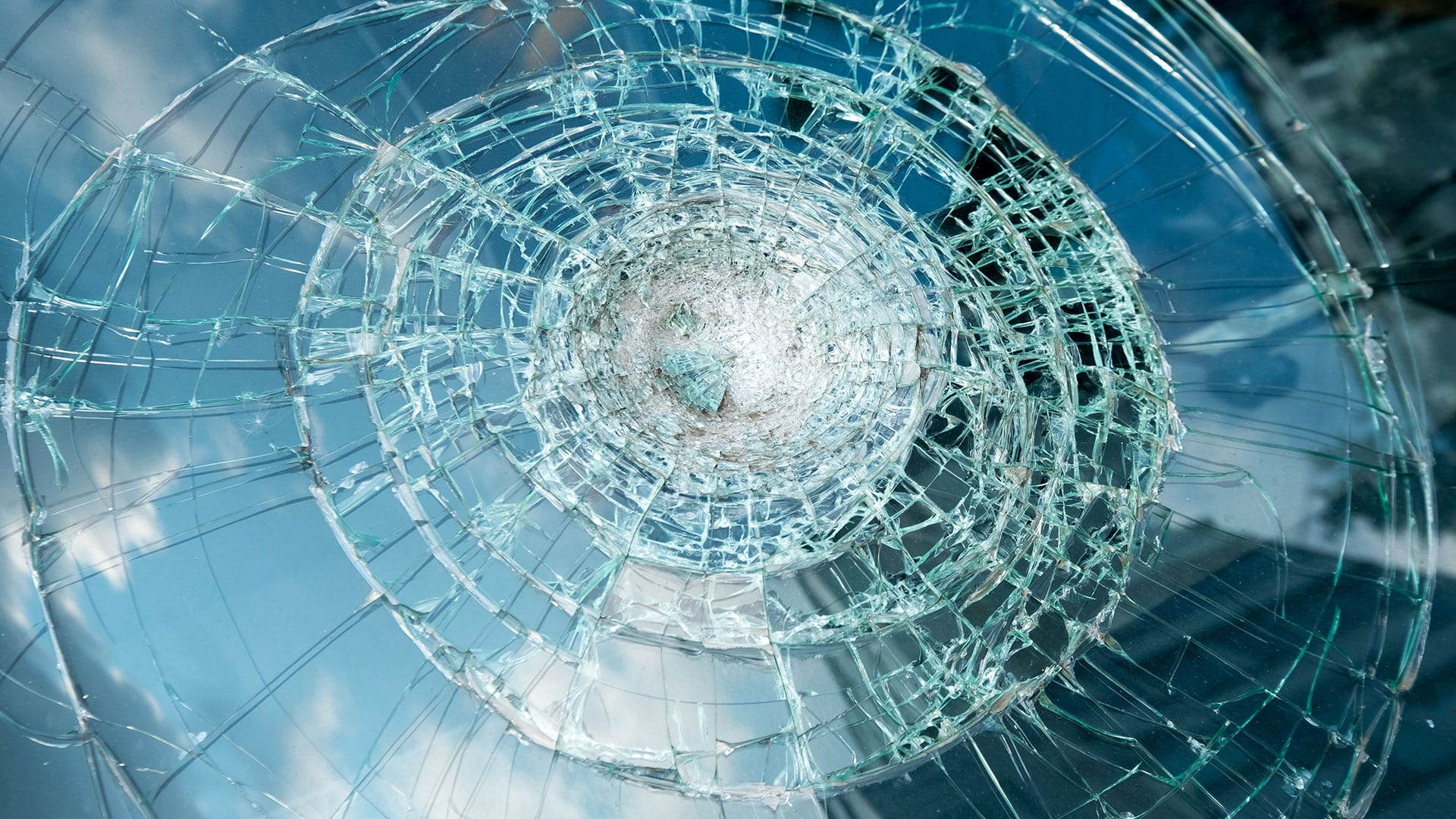 Snow missile fails to ruin Christmas Windshield is shattered, but Massachusetts driver gets back on the road same day

When Dominick Tribone wrote out his Christmas list this past December, he probably didn’t include a new windshield on it. But that’s exactly what he ended up needing as he drove from his home in Boston to Pittsburgh on his way to celebrate Christmas with family and friends.Tribone said that as he was driving west along Interstate 78 near Allentown, a big truck merged onto the highway and a large piece of ice came flying off.  “My sister was asleep in the front seat, and I saw it, but thought it was just snow,” he said.The ice made a huge “whomp” sound, and Tribone said that his sister, Allegra Tribone, asked if they were dead, which thankfully they weren’t.It was only after he managed to pull the car over to the side of the road that he realized he was so startled by it all, and his hands started to shake. Fortunately, the car’s windshield was laminated so it just “spider-webbed,” keeping the glass from exploding into the car, though there were some fragments on the dashboard.

“After the initial shock of it all, I knew I had to deal with it and figure out how to get it fixed,” he said, noting that they had hoped to be in Pittsburgh that day. Another trucker radioed the (guilty) truck driver and he pulled over to give all of his insurance information to Tribone. But that didn’t solve the bigger problem at hand: finding an auto glass place able to fix his windshield at 11:30 a.m. on Dec. 23, just two days before Christmas.

“I called around trying to find a place to do it somewhere north of Reading, but no one could do it until after the holiday,” he said.

That’s when his insurance company remembered using B&G Glass, in Reading, for other repairs. When the call was placed they said they could do it that day – the spirit of Christmas giving was up and running. Tribone, his sister, and their friend Brandon Arnold (also a passenger) managed to get the car down to Reading by 1 p.m. and were back on the road by 4 p.m., a true Christmas miracle since they had figured they would have to stay overnight or, at the very least, rent another car.

“Don Moll (president of B&G Glass) even drove us to the mall to shop and look around while we waited for the part to arrive and be installed,” he said, his grateful amazement very evident.

Moll wanted to acknowledge PGW’s Philadelphia distribution center in Warminster, Bucks County, for unheard of deliver time during a holiday week. Tribone said that now he’s more cautious on the highway and keeps his distance from trucks. But the new windshield has held up well during his 1,000-mile holiday roadtrip. Sadly, Tribone’s experience isn’t that uncommon, said Moll, who estimates that they fix close to 30 windshields a year damaged by flying ice.

“It’s dangerous,” Moll said. “You have to clean off your car, or you can’t see the road and stuff around you.”

But Moll also noted that windshields are incredibly strong. “Since the 1940s they’ve been made of laminated glass, which is two pieces of glass with plastic in the center,” he said. “It’s incredibly strong but can still crack.” Pennsylvania law states that a driver is liable for anything flying off of his or her car causing another driver’s damage to another person or vehicle. But Steve Chizmar, a spokesman for PennDOT, said people still go along with only a small opening cleared in the snow on their windshield.

“When the ice and snow come off a car or truck, you are obstructing another driver’s view,” Chizmar explained. “You are risking a crash not only for yourself but everyone around you.” It just comes down to common sense. “Take the time to clear your car,” Chizmar said. “The police have enough to do in snowy situations without having to go around citing everyone for this. “The roads were built for everyone to share as motorists, so it’s just common sense,” he continued, adding that people never know when or where ice flying from their vehicle might injure another party. It’s not worth the risk.

Happily, in the end, the “when and where” worked out all right for Tribone. He and his passengers went from the sheer panic of a dangerous piece of ice crashing into their car to the relief of getting it fixed quickly, enabling them to resume their Christmas journey. After Tribone left B&G Glass, the customer service staff and auto glass installers got together, Moll said, and talked about the special feelings they all had after they helped some travelers when they really needed it.

It was truly a sign of the giving spirit stopping to help in the rush of the holiday season.